Britax Emblem Review – Is it worth it? 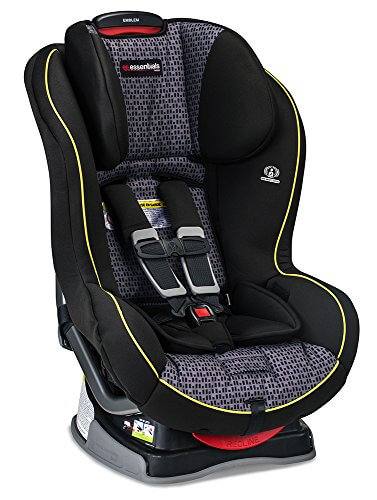 It looks cool, but what about safety?

This is one of the coolest looking car seats I’ve seen. Let’s investigate under the hood to see if it’s good as it looks.

According to a friend of ours who’s a police officer, the only unsafe car seat is an unused one. All the car seats that are on the market will protect your child. If there would be any issues, they are instantly recalled.

Britax is a strong brand that focuses on safety. I know many parents who used one Britax car seat stay with it. From infant car seats to all in one solution, they wouldn’t trust anything else.

The second issue with car seats is that most of them are installed wrong. A recent survey shows that 75% percent is not adequately installed. This is a scary number. The car seat can’t do its job if it’s not installed correctly. So make sure that you’re in the 25%, so your little one is safe all the time.

Before we get any further, let me give you a quick preview. Super easy to install thanks to the latch system. No more manual rethreading of the straps because it’s automatically adjusted after the headrest position. It offset both rear-facing and front-facing mode.

Best of all, it’s easy to clean. You only have to remove the cover and not the whole harness. It’s a Godsend to accident-prone kids.

Let’s get this Britax Emblem review started. If you stick with me until the end, I will tell you the pros/cons. Some of them are unexpected, to say the least.

Who is the Britax Emblem Convertible Car Seat for?

This car seat is for parents who want a cool car seat. It supports both front and rear-facing. It’s better for front-facing, thus for older kids.

If you value easy moving in and out of the seat, this is the right pick.

What can the Britax Emblem car seat do for you?

This Britax car seat is safe to use. First of all, the Britax brand is known for creating good quality car seats. Secondly, they go above and beyond when it comes to minimal safety rating. They tend to outdo themselves.

The car seat is easy to install thanks to the latch system. It’s lightweight, and still, the frame is made out of steel. The design is slim or narrow since if you install it in the middle, you can seat two adults on the side comfortably.

The best feature is that straps. You don’t have to manually rethread them ever. This is my kryptonite I can’t figure those things out. This is where my husband comes into play. He can figure out anything.

The quality is OK. There’s nothing extraordinary of the material. It can be washed without issue.

The design is good because you can easily put and take your little one in and out.

Just like with another car seat, this has some flaws. I feel that it’s my civic duty to share these with you. If you know the flaws, you will get the full picture. This is what you need to avoid unwanted surprises. So let’s get started with the most popular section.

This car seat is advertised for rear-facing. Better yet, they say that you can put a 5-pound newborn in it. Well, you can certainly do that, but that’s not going to be comfortable. It has just one recline position. How is just one option good enough from 5 to 40 pounds? The truth is that this car seat is a good one for front-facing only.

To make things even more interesting, leveling is quite difficult in rear-facing mode. You will need a towel or a pool noodle to get it right. Again front-facing is OK. You don’t have these issues. So this car seat is for older kids.

I’m the one who always reads the manual. And this instructional guide hints about a leveling guide. I emphasize hints. There’s no such thing on the car seat. Plus, the manual is vague about it. So you’re left with your best judgment.

This car seat is advertised that it’s easy to install. Well, that’ true and it depends a lot on your car. For some, it will be easy, and for others, it will be difficult.

These would be the flaws of the Britax Emblem car seat. The main takeaway is that it’s a good car seat for older children. Let’s go to the next section.

How To Get The Most Out Of Britax Emblem Convertible Car Seat?

When you get the car seat, you have to decide where you will put it. The safest position for your child is in the middle of the car. Now for some, this is not practical. So do choose the second safest one, which is behind the driver.

You can mount this car seat both front or rear-facing. If you choose rear-facing, then it might be better for an older child since it only has one recline position.

Using the latch system, it’s easy to install. Maybe on older car models, it’s a bit tricky though it’s a simple latch system, not the more advanced and user-friendly one.

Once installed, check if it wiggles. If the movement is less than an inch, then you’re good. If you want to be extra safe, then ask for the opinion of a licensed professional.

Conclusion for the Britax Emblem Review

As you have seen, the Britax Emblem is a good car seat to have. It’s safe and comfortable. The only issue would be that it was meant for older kids who enjoy the front-facing mode.

We have reached the end of the Britax Emblem review. I hope this article helps you make the decision. If it’s the right fit, do get it now since stocks won’t last long.

If you have used this Britax do share your experience with us below.

How do you install a Britax emblem?

The Britax emblem is a convertible car seat which means it can be installed forward facing or rear facing. You can use the seat belt or the latch system. Either way, you have to remove either the bottom cover for rear facing mode and back cover if you want to install it in rear facing position. Then you have to feed the straps through the right belt path.

What is the safest convertible car seat?

By far the Britax Marathon is the safest car seat. If you want to see the full review you can check it out here.

Which Britax car seat is the best?

The best Britax car seat is the Britax One4Life.

Yes the Britax Emblem is FAA approved the sticker is located on the side.

Which car seats are competing with the Britax emblem convertible car seat?

The convertible market is the fiercest of them all. The Britax emblem convertible car is competing head to head with Britax allegiance (you can read the allegiance vs emblem comparison) and Britax b-safe 35. These are the best britax seats. If you want to see the full Britax allegiance car seat review you can read it here. Another great competitor would be the Chicco Nextfit. I have already made a car seat review for the Chicco Nextfit over here.

How much does this Essentials by Britax Emblem car seat weigh?

The Essentials by Britax Emblem seat weight is 19.5 pounds and the weight range is between 5 and 65 pounds. The base width is just 18.2 inches.

What kind of safety features does the Essentials by Britax Emblem have?

The Essentials by Britax Emblem car seat has so many safety features here are a few of them. It was vigorously crash impact tested, the crash test ratings are the highest in the industry. The crash testing was done both by Britax and the government. It has passed so many crash tests that you won’t believe. It also has seat rotation protection in case of a crash. Side protection comes standard with this Britax car seat line. To absorb energy the seat has safe cell technology. All in all, Britax is known for its ease of use. With all these safety features you know that your little one will be protected all the time. Other safety features that I want to highlight: lower anchors, head restraint, no rethread harness system

Is the Essentials by Britax Emblem an infant seat?

Yes it can be used as an infant seat. Plus it comes with an infant insert so your little one will be comfy and snug. No matter if you have a small baby or a toddler this Britax is easy to use. There are velcro tabs that keep the insert in place. The seat cover is washable so you don’t have to worry about the stains. For comfort, you might want to check out these features: harness adjuster,
recline positions, harness positions, seat stability, recline angle, chest pads, cupholder accessory.

How do you install the Emblem convertible car seat?

You can go with the vehicle seat belt installation or with the latch connectors. By far the latch connectors are easy to use. You just click and pull and you’re done. Before you jump in check the level indicator for the right install. Make sure the car seat headrest is clear from the harness height.

Britax advocate or boulevard which one should I get?

Britax Advocate is the better choice for most people.