What Does RMS Stand For – What is RMS in Speakers

RMS = Root Mean Square. And I bet you didn’t get wiser. So…

Basically RMS is the average safe amount of power that you can deliver for your audio for a long time.

If you deliver the RMS watts your audio will be safe and sound even after many hours of use. This is the most important figure to keep in mind. In most cases peak power is hype so ignore it.

If you want to know how to match up your amp with speakers or subwoofers then I have that broken down for you. Plus I will share with you tips on how to get the perfect match every time.

Also in a bit I will tell you about a totally different RMS (you haven’t thought of this one I bet!)

Let’s get to it already! 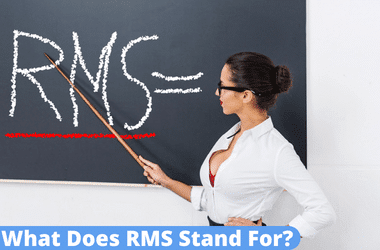 Building the perfect audio system is a fun (and expensive) hobby that has kept audiophiles busy for decades, and with the advancement of technology, the hobby is getting more and more addictive as the years go by. However, a technical term that most people doesn’t seem to understand is RMS. What is it and should you care about it? The short answer is: Yes!

Audio technology is not the easiest thing to grasp, especially for beginners who are new to the game. Building the ideal system requires a solid understanding of several terms that are important to know in order to not only make the system work in the first place but also to perform at its best.

One of the most important terms that you may come across when purchasing new speakers and amplifiers is RMS. For experienced speaker buyers (at least those who know what they are doing), RMS is probably the most important metric that you need to take into consideration when buying new equipment.

Let’s dive into this term and break down what it means, why it’s important and everything else you need to know in order to understand how RMS fits into the system over all.

What does RMS stand for? What Exactly Does RMS Mean?

Literally speaking, RMS stands for Root Mean Square, and it’s a mathematical term that is used in several forms of audio technology to represent the average power output over a prolonged period of time.

To give you an example, a speaker with a 50w RMS rating may be able to handle 150w of power in short bursts (a loud bass kick, or any other loud expression that happens intermittently throughout a song), but for prolonged periods of usage, the average power output should be around 50w for continuous play.

RMS stands for Root Mean Square, and it’s a mathematical term that is used in several forms of audio technology to represent the average power output over a prolonged period of time.

RMS ratings are not completely accurate, as most figures aren’t when it comes to voltage and current, but it is still by far the best indicator of the average range of a speaker’s power output that you should respect and always aim to expect.

RMS ratings are without a doubt the most important metric that you should be looking at when comparing new car audio equipment. It is the only representation of a piece of equipment’s true power output. However, if that is the case then why don’t the speaker manufacturers reflect that in their marketing and product advertisements? We will discuss that in the next section.

Why Don’t Manufacturers Push RMS as an Important Metric?

The goal of a product manufacturer is to sell as many products as possible. I am not saying that the car speaker manufacturers are churning out bad quality products in hopes of making as much money as possible, that’ not the case at all, but let’s be honest, the bigger numbers excite you more than the small ones, right?

Lots of consumers still don’t fully understand what the different metrics and numbers mean when they are looking to buy some new speakers, so to the uninformed, a higher power output usually means a more powerful speaker.

Because of this, the manufacturers are more likely to push the peak power output as the main metric in their product descriptions and marketing efforts, because this is what the majority of consumers are excited by. 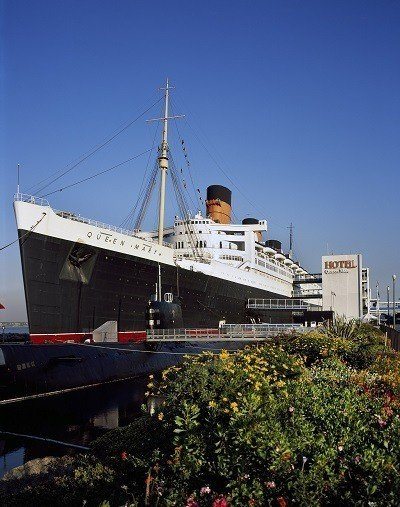 RMS Queen Mary – This is not the type of RMS that we are talking about here!

So, What Does All Of This Mean For Me?

Now that you understand the meaning and the importance of RMS, you should use this information when you decide to upgrade or install a new car audio system. Configuring your system around the peak power outputs of the individual pieces (speakers, subwoofers, head units etc.) is just asking for trouble, as these numbers are not a true representation of what the products can handle on a continuous, day-to-day basis.

It is often thought that some manufacturers have been known to exaggerate their RMS and peak power numbers in order to make them more appealing to consumers, but that’s genuinely not the case. All products that are CEA tested are tested using the same equipment and are put under the same testing methods, so the RMS rating is generally very accurate.

With that being said, the speakers that you purchase are only as good as the amplifier that is feeding them. You should already know that it’s important to match up your amplifiers power output with the power rating of your speakers and subwoofers, but what most manufacturers don’t tell you is that most speakers can actually handle a slightly higher RMS than they advertise. As long as your amplifier matches the anywhere between 75% – 150% of the advertised RMS of your speakers, you will have no problems with them.

If you had to take away one key piece of advice from this article it would be to make sure that your amplifier is configured to output the same wattage as the RMS of the speakers and car subwoofers that it is feeding. Doing so will drastically reduce the chance of your equipment failing, and will give you the peace of mind knowing that your system is working efficiently and can cruise along for long periods of time without any issues.

Don’t let the peak power numbers fool you. Stick with RMS and you will be fine.

What does RMS stand for?

RMS is an acronym for root mean square, which serves as a precise mathematical way to measure AC signal strength. The term RMS was coined by electrical engineers and has since been adopted in many other disciplines as well including physics, acoustics, climate change research, and many more.

What does root mean square stand for?

Root mean square is a measurement of how strong an electric current is, with higher RMS power generally meaning more powerful sound. For example, if you were to select two speakers that are being sold and wanted to know which one would give you the most power when it comes to your listening pleasure, then you could use the RMS rating as a key measurement in figuring out which speaker would be better suited for you.

What is the RMS power of a car stereo?

The average recommended wattage should be anywhere between 150% and 200%. It depends on your settings, but we recommend that you do not exceed more than 200% because it would be overkill and may require a more powerful amp to provide.

How exactly do I calculate RMS power?

Keep in mind that the RMS power is an electric current calculation, so you will need to know the resistance and length of wiring. You should also subtract any resistors or loads from this equation. To do so, use a formula:

Where P stands for Power, I for Current Voltage, L for Load in Watts and X – Variable resistor or Load in Ohms. For example: If the input voltage at 120 volts with 10 amps of current flowing through 20 feet of wire with no capacitors then it’s 8 watts (120*10/20-10).

One thing to remember when calculating your average power is that the power goes up exponentially as the number of speakers increases. For example, let’s say you have a four-channel amplifier and want to know how much power it will deliver with two sets of 4 ohm speakers at 4 ohms (8 ohms total). The RMS wattage is calculated by multiplying the voltage times the current for each speaker.

What is RMS in speakers?

Root Mean Square measurements for speakers are not as easy to define and understand.

The idea behind an RMS measurement is that most speakers have a variety of power ratings: rated at say 4 ohms, 8 ohms, each of which might be true depending on the frequencies they produce..     An rms rating would show distortion levels of a speaker under specific load conditions and at different power levels.  The idea is that the RMS rating would show how it would perform in your home theater or car stereo system, with other components of various impedances.

What is RMS power meaning?

The RMS power meaning is a mathematical approach to quantify RMS. Electrical engineers coined the term and it has since been embraced by a number of other disciplines, including physics, acoustics, climate change study, and more.

What does RMS stand for in speakers?

RMS stand for root mean square for speakers. Basically RMS means the power that you can comfortably run your speakers without blowing it.

What does RMS stand for in amplifiers?

RMS stand for root mean square for amplifiers. In essence RMS means the medium safe power that the amplifier can put out. This is the real number you should be looking at.

Peak power is just for show. Typically this number is hyped and unrealistic and meant to grab attention. Always look for the RMS power because that’s the real value you have to match between amp and speakers and amp and subs.

What does RMS stand for in subwoofers?

RMS stand for root mean square for subwoofers. Essentially the RMS means the safest continuous power you can run your subwoofers on without causing damage.

What are the different types of speakers available and what are their rms ratings?

Some speak will have high power handling like 80 – 240 watts while others are only suitable for small amps. Some speakers or specifically designed for bass such as a subwoofer with an “A” in the name. In these examples, a speaker with an RMS rating of something like 50 to 100 watts would suffice and offer medium volume sound that is usable at home. If you need something more powerful then you can always use another type of speaker such as the 4-ohm type Wattage rating is usually directly proportional to cost.