How Much Power Does a Car Subwoofer Need?

How much power does a subwoofer need?

Many times, it doesn’t really matter because most subwoofers you buy can run off the car battery. However, there are certain situations where this may be a valid question. For example, if an individual has many things that need to be powered by the alternator. Some may wonder if their car alternator can handle a sub because their battery is so small. If this sounds like your problem, then you are in luck, because we are going to cover those questions in this article …

A lot of car audio enthusiasts, we refer to those as “bass heads” start looking for their new sound system once that have decided on the size and quantity of the subwoofers they would like to buy.  For bass heads, subwoofers, after all, are the main course of the dinner! This is what is responsible for creating that earth shattering, window rattling noise they crave so much.

When choosing subwoofers, there’s a common mistake that is made – some assume that by going for the ones that have a higher power rating, they will put out a louder sound. Sure, this sounds logical, but it’s not always true. 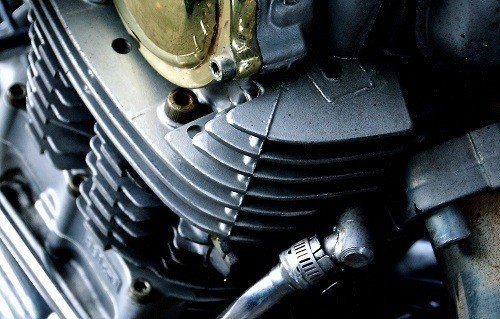 Can My Car Alternator and Battery Handle a Subwoofer?

Let’s say your vehicle has a 105A alternator – this means you can get 105A to provide for powering the vehicle. Mind you, amplifiers aren’t created equal – so the answer all depends on how you intend to use it and how efficient it is. If you have an amplifier that is rated to do 1200 watts RMS, then you may have a fuse rating that is between 120-150A. If you plan to run the amp flat out, it will pull more current than the electrical system in your vehicle can offer and this isn’t taking other electrical needs into consideration.

How many watts can a car battery handle

Unfortunately the answer is it depends. Take a 90-amp alternator X a 12-volt system, this comes to 1080 watts of power. A basic battery has around 500-600 amps of reserve power, so around 6000 watts. It would be best if you are upgrading the alternator to a 140 to cover those periods of heavy power draw.

If you overwork the alternator, it could drain the battery down, making it where the car won’t’ even crank. It could also decrease the lifespan of the battery or fry the alternator.  Take note that the car basically runs off the alternator while running – the battery is just responsible for holding a reserve charge so that it can start the car. If you draw too much power through the sound system, you will only have a little amount of power left for accessories like the air conditioner.

What Makes a Subwoofer Sound Loud?

To understand this, you need to know what is making the subwoofer loud. This isn’t going to be a science lesson with a lot of diagrams and technical equations. We’re going to give you a basic explanation of the sound pressure level and subwoofer power handling.

Some audio manufacturers may promote ridiculous Peak Power ratings and this is solely a marketing tactic used to get people to think their product will be better, louder, and more powerful. However, if you ever actually took the time to sit down and look at their bizarre math calculations they developed, you’ll see that those numbers aren’t exactly realistic. 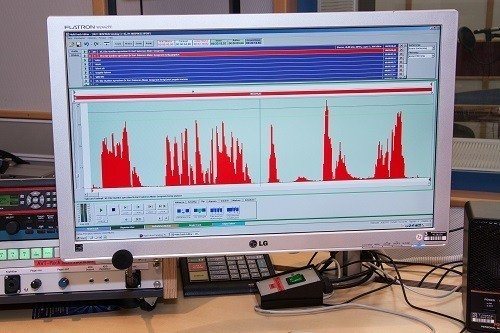 How is Sound Created?

The vibration of an object is responsible for creating sound. The vibrating object has an effect on the air molecules nearby, causing them to move in sound waves. The more molecules that are moved, the louder the sound waves are going to be. The more molecules you can move inside your vehicle, the more air pressure you’re going to create – this is referred to as sound pressure. Sound Press Level, or SPL, for short, is the measurement of this pressure using decibels.

So basically, long story short, the more air you manage to move, the louder your music will be. If you purchase a group of 18” woofers, it’s going to be loud, correct? Not always.

I’m telling you an 18” sub might not be loud because there are some factors you will need to consider. Look at it this way – an 18” subwoofer has a large surface area, but is that woofer able to move a lot of air through the area? That right there is where XMax comes into play. If this 18” woofer can move one 1/16th of an inch, it’s not going to be moving much air throughout the area, so it’s not going to be as loud as you’d expect it to be.

What do you have to do to make it so that the woofer has a decent Xmax? It takes a high-quality suspension that is capable of handling the movement, and maintain linearity at the same time. While moving, if a subwoofer doesn’t stay linear, the sound is going to sound distorted, so a top of the line suspension is important.

If you were to compare the performance of the subwoofer based primarily on the power handling rating, this isn’t exactly a fair comparison. With this technique, there are way too many factors that will need to be considered.  Once you purchase the woofer and start the installation process, you’re going to run into even more factors that need to be considered in order to make sure you get the maximum performance from your sub.

If you purchase a subwoofer that has an RMS power handing rating of 2k watts, you will want to put that amount of watts into it. Many times, under-powering a sub is worse than over-powering it. From there, you will need to make sure the electrical system in your vehicle is capable of supporting a 2,000-watt amplifier.

If you are currently looking for a subwoofer, don’t let the peak power ratings fool you – those were created with some bizarre looking math that doesn’t really add up – they don’t mean anything. What you need to focus on would be the RMS Power ratings.

Determining the Power Rating You Need

In the end, the amount of power you’re needing can be determined by the power rating of the speakers you have. If you have speakers that are only capable of receiving a small amount of power, then it is important that you stick with an amp that only delivers a small amount of power – does that make sense? The trick here to get the amount of “loudness” you want would be to match the amp to the speakers. If you have a craving for playing your music loud, then you need powerful sub speakers and a powerful amp. A good target rating would be anywhere from 75 to 300 watts.

Danny here, no matter in which market you’re in it’s flooded with products. Maybe you want a new stereo, amps, speakers or subs? This is why the blog exists to cut through the clutter.
My goal with the reviews is to inform you of the best possible to make the right decision.
Plus if you’re stuck with “the blue wire is connected to???” I have many hot tips to get you out of a jam.

“As an Amazon Associate I earn from qualifying purchases.”