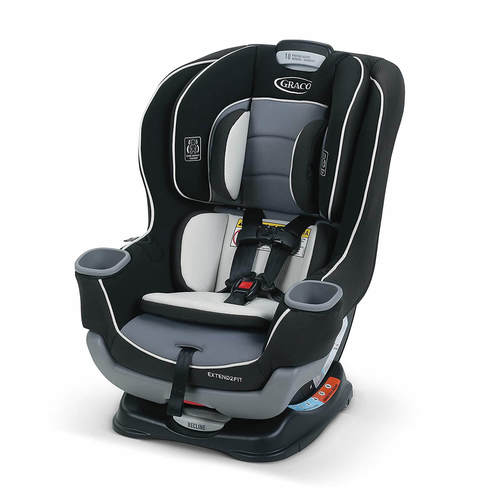 The impact was devastating. The car spun around 180 and the 11-month-old…

…was are sitting in his car seat. You can’t predict an accident. The only thing to do is prepare for it in advance.

This has happened with some friends of ours. They were heading home from the grandparent’s house. Out of a sudden, a drunk driver hit them frontally. The other driver was speeding on a highway level.

The impact was so strong that the car did a 180 plus spun across two lanes. It hit the dirt and stopped in the embankment.

This was the worst crash they have ever seen. The parents had some cuts and bruises. Meanwhile, the 11-month-old was unscathed. He was scared and cried a bit, but there wasn’t anything wrong.

This can happen to anybody. As you probably know, there are no warning signs. The only thing to do is to be prepared as much as possible.

You have to get the safest car seat that you can afford. Plus, you have to install it correctly. The only bad car seat is an unused one said a policeman.

Before we get any further, let me give you a quick preview. This car seat comes with two functions front-facing and rear-facing harness. It supports extended rear-facing because there’s sufficient legroom for your little one.

The headrest is easy to adjust, and it’s synced with the straps. There’s no manual rethreading ever. It’s well-cushioned and comfortable.

Let’s get this Graco Extend2Fit review started. If you stick with me until the end, I will tell you the pros/cons. Some of them are unexpected, to say the least.

Who is the Graco Extend2Fit Convertible Car Seat?

This car seat is for parents who want to have the safest car seat. Plus, it allows extended rear-facing because the weight limit is set to 50 pounds.

It protects your child from infancy until late toddler years.

What can the Graco Extend2Fit car seat do for you?

Now this car seat isn’t cheap. The car seat is not the item where people should think of saving a few bucks. It’s worth every penny just asked the parents from the stories above. They are buying the same seat.

It’s easy to install. I know I’ve heard and lived some of those horror stories. The install is straight forward and easy. In less than 5 minutes, you’re set and done.

This car seat grows with your child. From infancy, it can be used up until they reach 65 pounds. It supports the extended rear-facing. It has enough leg room for your little one. Plus, the upper weight limit for rear-facing is 50 pounds. The other brands only allow 40. It will probably be good until your child gets 4 years old.

The fabric is soft and comfortable; it provides ample cushioning. It’s easy to wash with the washing machine.

There’s no manual rethreading of straps. This is good because that is my kryptonite. I simply can’t do it.

It has a good recline option, so there won’t be any head slumps. The head support is amazing.

As with all car seats, this Greco has some flaws. I’m letting you know up front, so you get the full picture. Also, it will help you avoid unwanted surprises.

This is a heavy, bulky car seat. It’s easy to install, but you won’t have the motivation to uninstall it and haul it to the other car. It could fit on a shopping cart, but again, it’s too much of an inconvenience.

There was something strange about the front-facing mode. For some reason, it has gotten harder and harder to get a snug fit. Were the straps getting looser over time?

There’s a major design flaw with this seat. Well, at least for people who have big hands. The release button is carefully hidden from view. And if you have big hands like my husband, they will find it difficult to find and releasing the straps.

The fabric comes off nice and easy. Reinstall is the problem. Do go on YouTube and watch some videos because it’s not intuitive. I’m glad that people made those videos, so it made my life easier.

This would be the flaws of this car seat. If you can stomach them, then it’s a good fit for you.

How To Get The Most Out Of Graco Extend2Fit Convertible Car Seat?

Reading the story above, we all think that the family got lucky. Sure there was luck involved, and they were prepared. After you got your seat, the first decision is where to install it. The safest spot is in the middle. For some, this is not doable. No problem. The second safest spot is right behind the driver.

Once that’s done, you need to do the correct install. Here’s a rule of thumb after you have tightened the seat. Make sure that it wiggles less than an inch. If its’ more than you have tightened it some more. If you want to be on the safe side, you always ask for help from a licensed professional (CPST).

If you want to get better at installing the car seat, you need to practice. If you have done it a dozen times, it’s enough.

There’s no manual rethreading of the straps ever

The fabric is easy to wash even after a vomiting incident

The release button is hidden, and if you have big hands it’s hard to reach

As you have seen, this is a good and safe car seat. The crash happened in real life and not in a controlled lab. Real lives were at stake, not just crash test dummies. This Graco delivers.

This car seat has everything you need, and you have read it that it will keep your little one safe. It’s worth every penny. Yet it has some flaws if you can live with them then it might be a good fit for you.

We have reached the end of this Graco Extend2Fit Convertible Car Seat Review. I hope you have got something valuable out of this article. Now it’s your turn. If you feel it’s the right fit, get it now.

If you love these reviews and want me to do it for other seats, let me know. Do share your thought in the comment section below.

What is the difference between Graco Extend2Fit and extend2fit platinum?

There are two differences between the Graco Extend2Fit and extend2fit platinum. The Extend2fit Platinum allows faster removal of the cover material and it uses the EZ Tight LATCH which is the fastest one to use during installation.

What is the difference between Graco Extend2Fit and 4ever?

The main difference between the Graco Extend2Fit and 4ever is that the Extend2Fit is a convertible car seat which means it can be used in rear facing mode and front facing mode only. The 4ever has the booster mode as well. The 4ever is meant to be the first and last car seat you have to ever buy.

Is the Graco extend to fit worth it?

The Graco Extend to Fit is worth every penny. You can do extended rear facing up to 50 pounds. Plus there’s the leg rest for extra comfort.

How long is Graco Extend2Fit good for?

The Graco Extend2Fit is good for 10 year after the date of manufacture.

What is the weigh range of the Graco Extend2Fit infant seat and convertible car seat?

For the infant seat mode the weight range is 4-50 pounds. And for convertible car seats is 22-65 pounds. The harness height is 25.2 inches. The seat weight is 24 pounds for the 4ever extend2fit platinum. Best of all this graco extend2fit car seat is just 19 inches wide. The height limits are set to 49 inches. The best position extension panel offers additional leg room. The extension panel gives more comfort for kids from a few months old.  The widest point is just 19 inches.

These car seats allow extended rear facing until 50 pounds. Thanks to the extension panel your little one is getting 5 inches of additional leg room.

Can you use it as a booster seat?

No the only options are infant seat and convertible car seats.

How can you install these Graco car seats?

You can install them either rear facing or forward facing. As for tighten them up you can use the vehicle seat belt or the latch installation. The latch system is the easiest one to use. You just connect the latch connectors to the latch anchors and pull it tight. With the seat belt you feed it through the belt path and remove all the slack. Before you start the installation make sure that the ball is in the light blue circle. The leg extension should be retracted during the install with car rides. The seat belt installation is a bit slower. Because seat belts tend to have more things to arrange. After the latch connection is made you have to pull tight on the latch strap. The warning labels won’t interfere. For added elevation you can use a pool noodle but this is only recommended for rear-facing position. The rear-facing position taps out at 50 pounds.

What kind of features does the Extend2Fit car seats have?

Which car seat would be a good alternative for the graco extend2fit car seat?

Good alternative vehicle seats would be the britax emblem infant car seat which can be used as a booster seat as well. The britax emblem seat cushion comes with an infant insert. And it’s recommended to be installed on the back seat. With the britax emblem you don’t have the leg extension feature. The crash test results speak for themselves.

What kind of safety standards can I expect from the graco extend2fit car seat?

This infant car seat is highly recommended by the american academy of pediatrics. The crash test results were surprising to say the least. When it comes to side impact protection they are in a class on their own. As you know side impact protection is very important nowadays. It can be used as a backless booster seat for 7 year old and above. After you have installed it perform the pinch test near the chest clip on the shoulder straps. If there’s slack you can adjust the recline settings or pull the chest clip tighter.

What are the best uses for the graco extend2fit car seat?

The 10 position recline options is super comfy. The crotch strap is adjustable with the crotch buckle on these car rides seat bottom. The harness height adjustment can be done with the locking clip. Other features to check out: 9 position recline, 10 position headrest, adjust harness, harness storage, harness position, leg extension.

Which are better Graco or Britax car seats?

Both Graco and Britax car seats are