There is a common perception that subwoofers are for people who listen to genres like dubstep, EDM, and hip-hop. But in reality, with the right kind of subs, you can enhance the performance of your audio system as a whole. The trick is in finding the right sort of subwoofer for your preferred genres in music.

And if you are planning to buy a component subwoofer, you have the freedom to choose a particular kind of enclosure that is in sync with your sound and music preferences. If you take a cursory look at some of the subwoofer enclosures (or boxes as they are also called) available on the market, you will notice that some have holes while others don’t. Ever wonder why? Read on to find out.

Why do subwoofers need enclosures?

Check out any car speaker, or any speaker for that matter. They usually come in a protective structure or housing enclosure. But in the case of subwoofers, the enclosure actually has a much more important function. You see, the level of bass effects produced by a subwoofer is mainly determined by the type and design of enclosure used on it. In fact, the driver inside the subwoofer only accounts for a little over a quarter of the effect; the rest is all from the enclosure.

How does that work?

The human ear can only catch frequencies as low as 20Hz. Anything below that is felt as vibrations if they are strong enough. The job of a subwoofer is to create low frequencies, including those thumping vibrations, an effect which we popularly call “bass.”

To do this, the speaker driver inside the subwoofer is designed to be larger, and capable of actually moving air to create those waves. It creates a back and forth movement of air. A subwoofer enclosure is specially designed to channelize the airflows and prevent them colliding efficiently. This helps prevent distortion, delivering a cleaner and more precise sound. 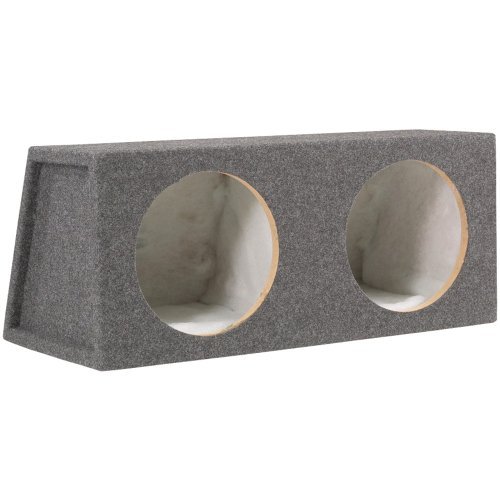 Why do some enclosures have holes while others don’t?

A subwoofer driver creates waves of air that travel in all directions. It is the enclosure’s job to reflect and channel it in an optimal manner, with minimal distortion. The addition of a hole in the enclosure creates subtle variations in the acoustics, which directly affects how the output of the subwoofer sounds, or “feels.”

In a sealed enclosure, the air doesn’t have an escape route as the box is airtight. This leads to an extra pressure inside on the cones of the driver. The net result is increased pressure on the speaker cones and an overall dampening effect on their movement. For car subwoofers, sealed enclosures are often very attractive because they are the smallest type of enclosures. Since space is at a premium in vehicles, they often provide the easiest fit.

Sealed enclosures give the bass from sub extra “clarity,” or rather, crispness. Volume is also on the lower side, which is understandable, as the speaker cones are completely covered or muffled. The smaller the enclosure used, the more pronounced the muffling effect.

For most music genres that do not require high thumping bass, sealed enclosures are more than adequate. Sealed are also better for movies and nonmusical audio playback. 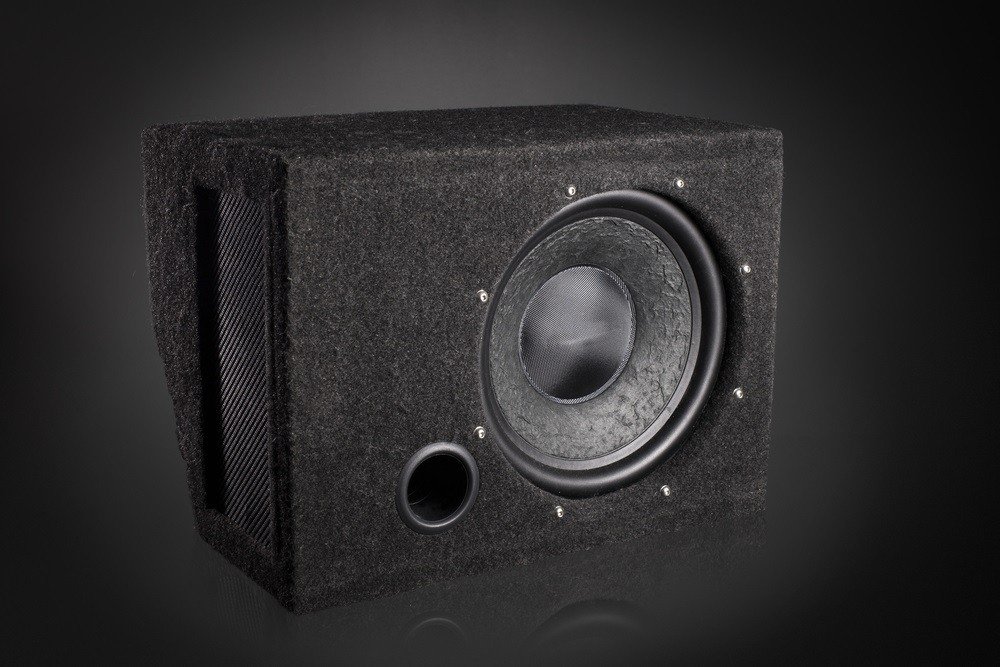 A common subwoofer enclosure with the hole in the front.

How different are ported enclosures?

The hole increases efficiency and reduces the pressure on the speakers. And since the airwaves have an outlet, with each movement of the cone, they travel out through the hole. When properly designed the result is more powerful waves directed towards the user.

In stark contrast to sealed enclosures, ported enclosures are much, much louder, and have more pronounced: “thump”, or bass. It can effectively double the sound output when compared to a sealed enclosure. This can also result in less clarity and crispness, which is not an issue for bass-heavy genres like hip hop or dubstep.

Another option is the bandpass, which has the speaker in a sealed enclosure, which is placed inside an enclosure with a hole. This combo increases the bass level while giving more crisp and clear output that a simple ported enclosure. Ported enclosures are typically larger than sealed types, and are often difficult to accommodate into cars.