What are Alaska Car Seat Laws?

You just found the right place if you want to know what the car seat laws in Alaska are, and best of all, no legal jargon is used.

I have three growing kids, and I used to be a paralegal, and I know how daunting it is to search and understand dry legal stuff. This is why I’ve decided to break down the law in simple terms that even the most sleep-deprived parent understands.

No matter what you’re looking for, let it be booster seat law, rear or forward-facing or taxi car seat laws, I have the answer for it. Dig in and find out what’s the best way to keep your kids safe. 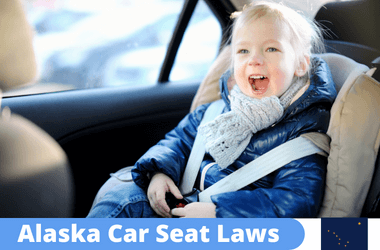 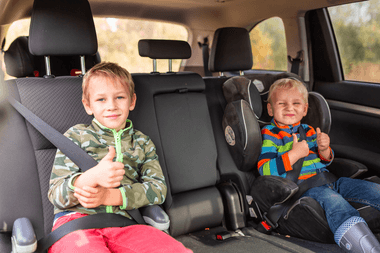 The booster seat law in Alaska is quite straightforward

If your child is in the 4-8 age bracket weighing less than 65 pounds or they are under 57”, they have to be secured in a booster car seat.

The only exception is if your child is taller than 57”, then the driver can decide if they use the booster seat or choose the seat belt instead.

Rear-facing in Alaska is limited to the age of one and 20 pounds. If your child is less than 1 year old or weighs less than 20 pounds, you will have to secure them with a rear-facing car seat.

As soon as they are older and weigh more than 20 pounds, you can upgrade to the next stage.

However, countless experts say that for the best protection, it’s better to keep your child rear-facing until the age of 2, simply because it’s the safest way to ride.

In Alaska, you can put your child in forward-facing mode when they are older than 1 and weigh more than 20 pounds. In my personal experience, it’s better to keep your little one rear-facing until the age of 2 or longer.

So between 1 and 5, your child can use a forward-facing car seat depending on how they grow.

In Alaska there are no exemptions for taxis. So make sure you have the proper car seat or arrange it ahead of time if it’s possible.

Besides taxis, rider sharing services have to follow these rules as well.

When Can My Child Sit in the Front Seat in Alaska?

The law doesn’t specify and age when you can move your child to the front seat. Some people argue that they should only move to the front if they can safely use the seat belt. While others say that you can put your child at any age in the front while you disable the airbags.

Law: All kids under the age of 16 have to follow these rules:

Taxi: Taxis in Alaska are not exempt from the car seat rules. You will either have to bring your own or arrange it ahead of time with the cab company. This applies to ride-sharing services as well.

Law: There are no exceptions. All passengers have to use the seat belt while traveling.

RVs: With RVs, the rule is that all passengers need to use the seat belt or the proper restraint for kids.

There are no laws governing leaving a child in the car unattended, however, I highly recommend not doing it.

Is it Illegal to Smoke in a Car with a Child in Alaska?

Yes, there’s a law that forbids smoking while transporting children, according to the Alaska Admin. Code 10.1085 all rides where kids are present should be smoke-free.

We have reached the end of this article.

I hope by now you’ve found what you’ve been looking for. I’ve done my best to keep things simple and explain them as easily as possible.

Also, if you have questions or I’ve missed something, let me know, and I will update this post. Keep your precious ones safe.

What are the car seat laws in Alaska?

How old does a child have to be to sit in the front seat in Alaska?

There’s no law governing the front seat use for kids in Alaska. If you have a smaller child, make sure that the airbag is disabled. Experts say that kids age 13 can sit in the front.

When can a child go without a car seat or booster?

In Alaska, a child can go without a booster seat if they are older than 8 or they are taller than 57”. Also check the reference for booster seat requirements Akaska.

At what weight can a child sit without a car seat?

According to Alaska’s car seat laws, a child can go without a car seat if they weigh more than 65 pounds and they are over 57”.

What state has the strictest car seat laws?

Ohio has the strictest car seat laws in the USA.

How much do you have to weigh in order to not be in a car seat?

When can my child ride without a booster seat Alaska?

A child can ride without a booster seat in Alaska when they are older than 8; weigh more than 65 pounds and are taller than 57 inches this is stated inthe car seat laws Alaska rules.

The law doesn’t specify when a child should be in the front seat. However experts recommend that kids over the age of  12-13 sit in the front.